Applications of Tubular Heaters in the Refrigeration Industry

What Are Tubular Heaters?

After the pipe has been shrunk, the two terminals are given a specially produced rubber pressing seal so that the electrical heating pipe may be used normally in the cooling equipment. Additionally, the tube can be formed into any shape that customers desire.

Application of Heat in the Refrigeration Industry

One of the most significant and unusual applications we have come across is the use of blown, electric heat, which is applied to the doors of refrigerators.

Why Is There An Attempt To Heat It Up? 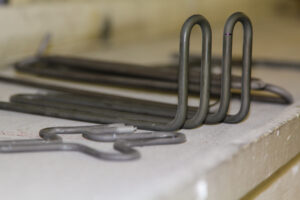 The process of defrosting and protecting food from freezing is aided by applying heat around the edges of the refrigerator doors. The normal installation method for heat trace cable involves attaching it to the innermost layer of the door frame. It produces a little heat, which helps prevent the doors from being fogged or iced over due to the repeated opening and shutting of the doors.

It is the standard operating procedure for this application, utilized in various industries, including the food and beverage, medical, power, scientific, and transportation sectors.

However, this is not the end of the story. With a tubular heating element, have been developed a more effective method for de-icing the doors of refrigerators.

The new design creates an airflow tunnel inside the door frame and forced hot air is delivered via this tunnel. Previously, heat trace wire was used to line the door frame, but now there is an airflow tunnel. In addition, we can collaborate with the customer to develop a custom-formed tubular heater that may be accommodated within the space constraints of your specific design.

The Advantages of the New and Improved Design

Because of the new, superior design, the expenses of maintaining the refrigerator doors have been cut significantly. The amount of time required to defog the doors is cut substantially when the gate temperature is more stable. If the heater has a problem, the tubular element may be replaced more quickly and with less effort than the heat trace cable.

There are a variety of industrial applications for Rama tubular heating elements built from materials of the finest quality. They fulfill the challenges and needs of space technology and the strict criteria of nuclear power plants, continuing to provide long service for the general industry.

So, to avoid causing our customer service staff any unnecessary confusion or delays in responding, kindly fill out our tubular heater quotation form with as much detail as possible.