In addition to providing energy to your solar panels, sunlight also heats or warms your batteries. Winter is the year’s season when it is critical to ensure that the energy storage element of a grid-tie solar system or an off-grid solar system with battery backup is operating effectively. It is because there are fewer hours of sunshine each day during winter. Unfortunately for people living in the northern United States and Canada, winter may bring very low temperatures, which creates the most unfavorable environmental conditions for deep-cycle batteries.

The Emergence of Solar Battery Heaters 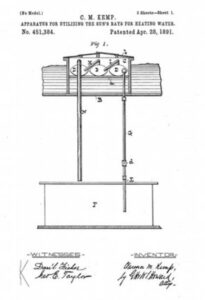 One such method that increases the performance of equipment that captures solar energy is connecting them with solar battery heaters. At the very least, solar heating technologies may be traced back to 1891, when Clarence Kemp introduced the world to the solar water heater.

Engineers employ thermal battery heaters to account for the drop in performance brought on by low temperatures. It helps them offset the negative impacts that cold temperatures bring.

The Reasons behind the Possible Risks of Using Cold Batteries

Let’s consider an example of a system that uses renewable energy, where the charging and discharging of the batteries happens often, and the cycles are lengthy. Consequently, the cold may harm the batteries in these scenarios. Low temperatures slow down the chemical processes within a battery when supplying electrical power to an appliance. The current is reduced when temperatures are lower, reducing the amount of energy stored.

In cities that rely heavily on renewable energy sources, power outages might be triggered by batteries whose function has slowed down or stopped entirely. The use of thermal battery heaters assists in reducing significant decreases in the performance of the batteries. We anticipate a rise in the whole world population’s reliance on renewable energy as a result of the growing number of countries that have taken steps to protect their investments with solar battery heaters.

How to Keep Batteries from Malfunctioning or Being Damaged?

Investing in a solar battery heater will help protect your solar batteries from malfunctioning or damaging if you are in an area that encounters colder seasons. Battery life and energy efficiency are directly correlated, making the prevention of heat loss very critical.

Even if battery heaters minimize heat loss, other performance-enhancing methods should still be implemented. For instance, you should make sure that the insulation on your solar battery heater is adequate. Because of this, heat will not escape, and your batteries will not be able to cool down. In addition, lowering the energy required to keep the temperature stable may be accomplished by selecting the appropriate insulating materials for the battery heater.

You can install a temperature sensor or detector in your battery bank for an extra layer of defense. Battery temperature detectors are responsible for monitoring the temperatures of batteries and sending signals to control panels if any differences are detected. The sensor protects the functionality of the battery by enabling the digital controller to react to unwelcome drops in temperature instantly. It keeps the battery from working less effectively.

Rama Corporation Is Here To Serve Your Manufacturing Needs

In regions where winters are long and gloomy, a solar battery heater may help mitigate the negative effects on the environment. As engineers develop better ways of capturing renewable energy, we might hope for more efficient uses of immersion heaters inside solar power systems.

Rama Corporation produces immersion heaters that can be purchased off the shelf in addition to those made to order. Do you have something that can be found nowhere else in the world? We can produce it for you. Our engineers can take your concept and turn it into a functioning product, from the prototype to mass production. Please fill out our quotation form as thoroughly as possible.